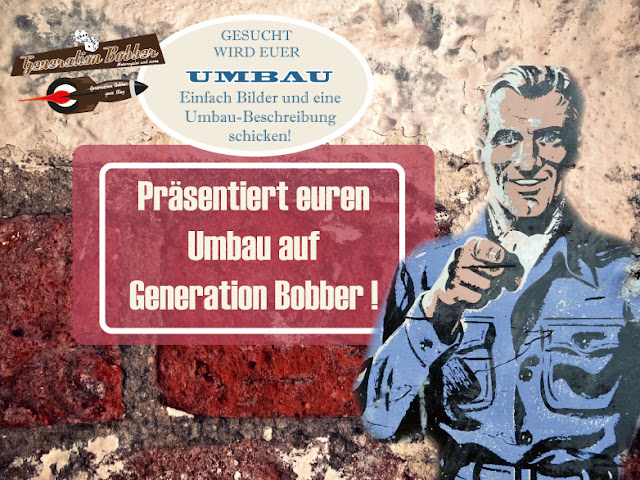 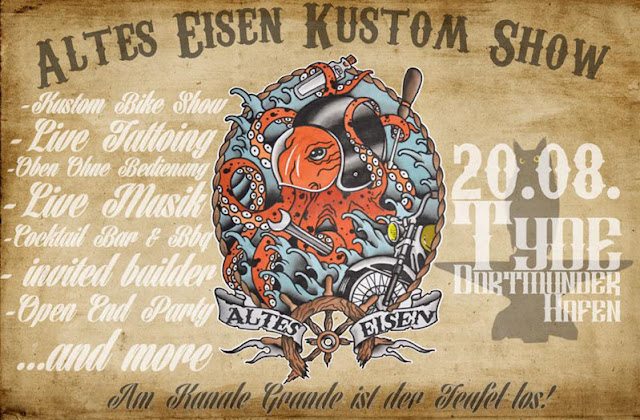 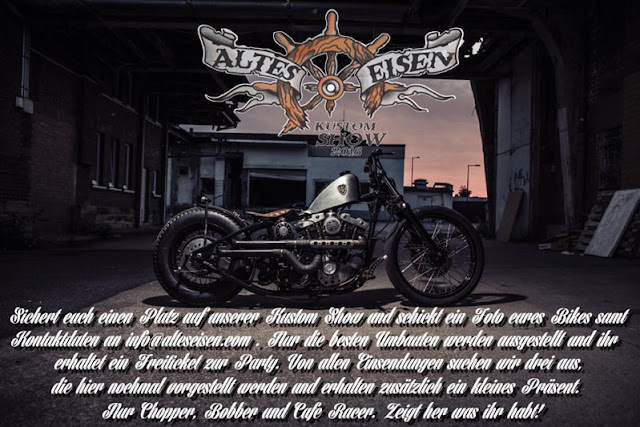 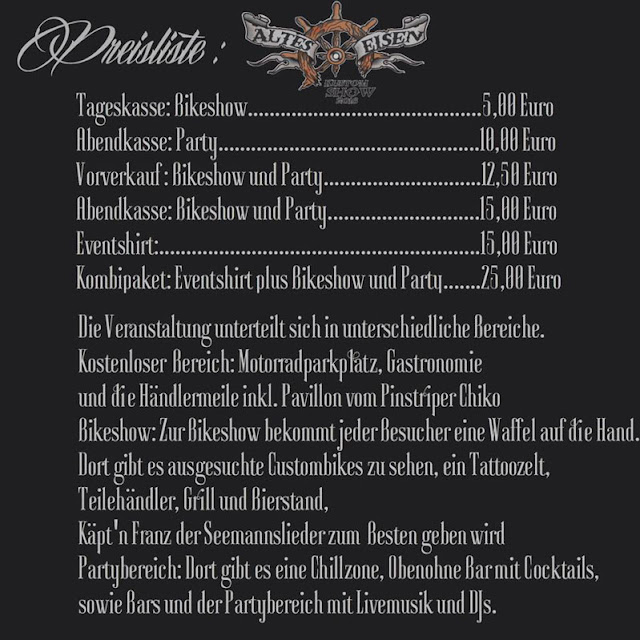 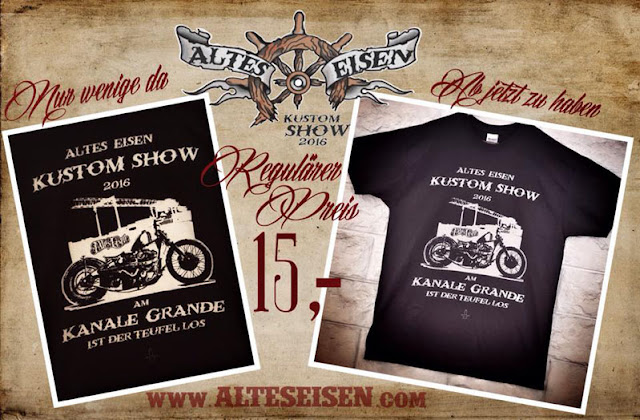 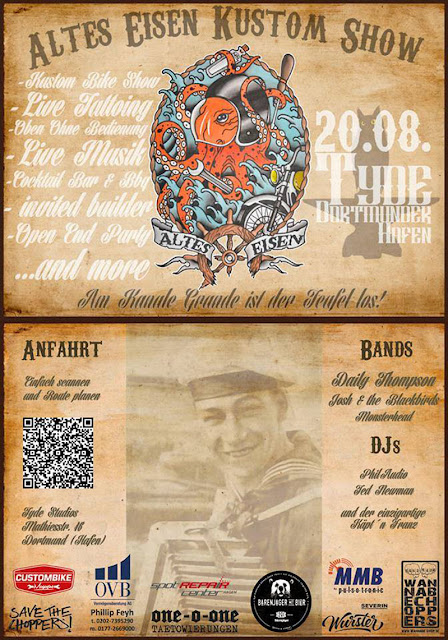 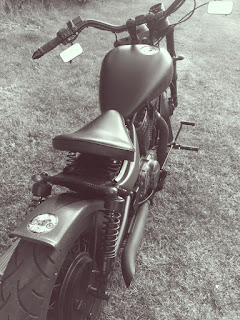 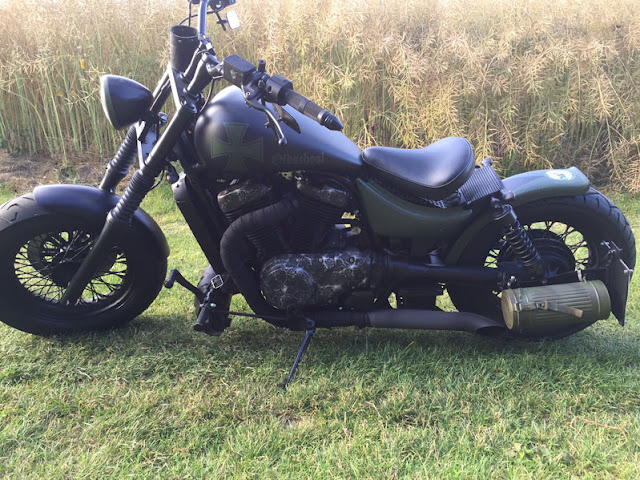 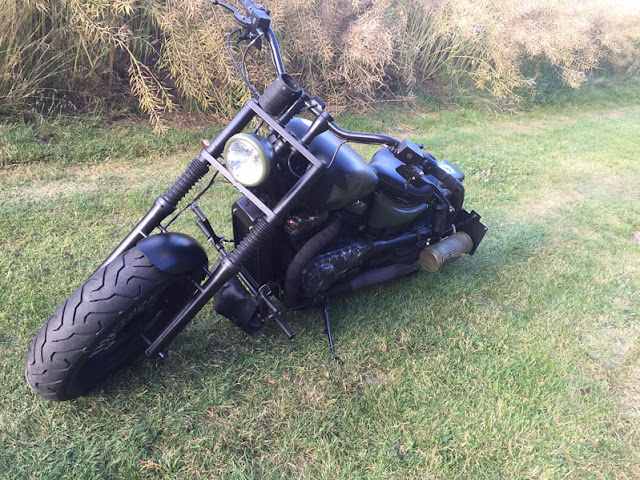 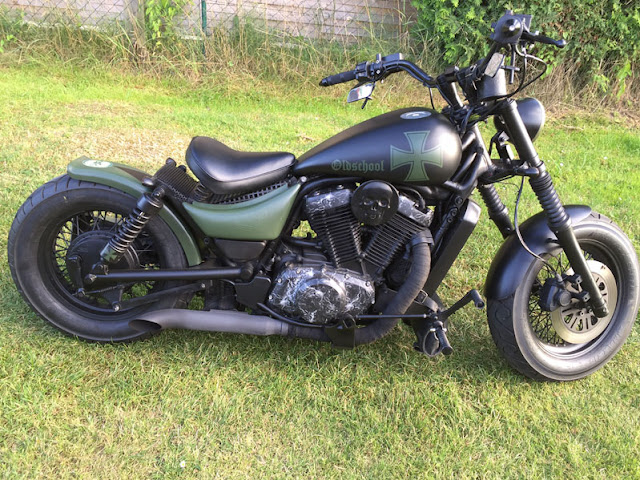 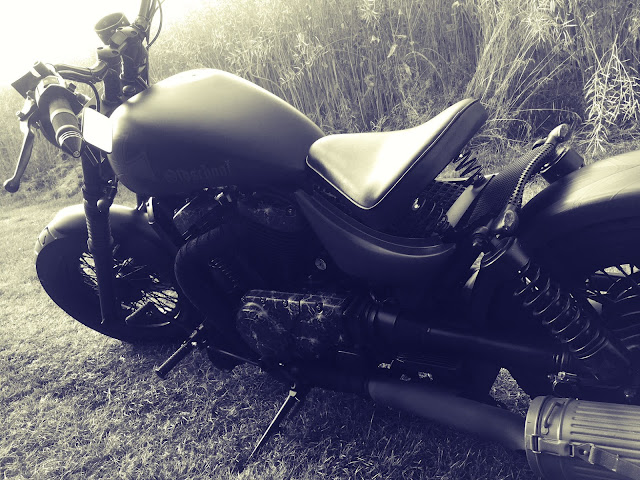 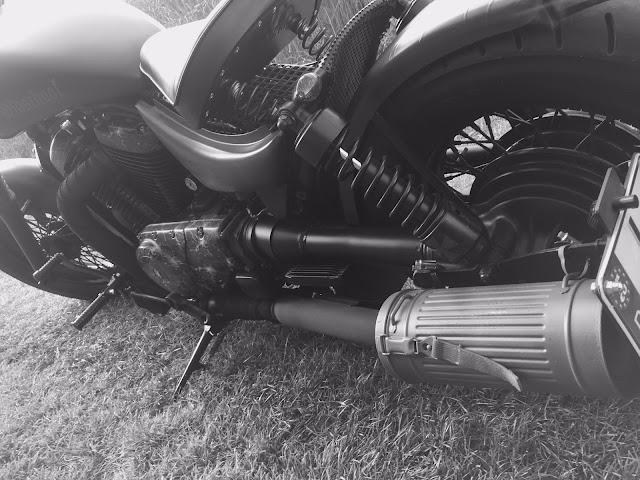 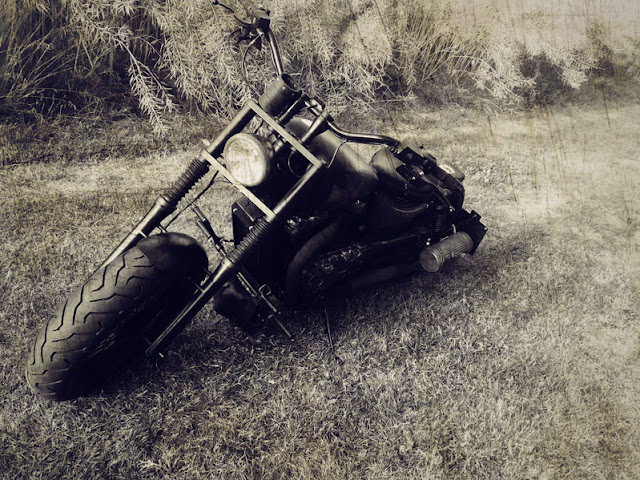 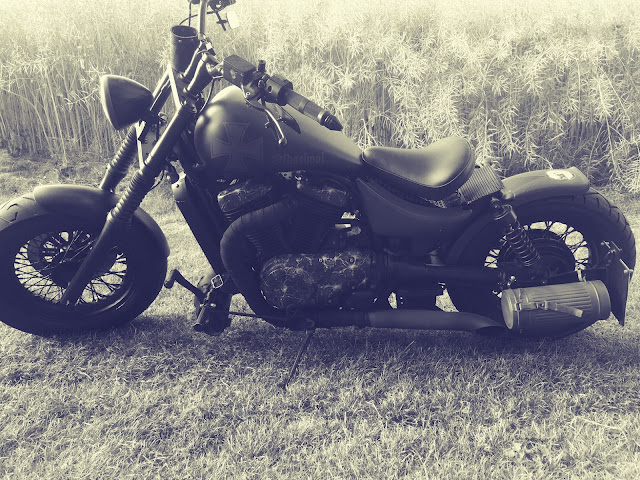 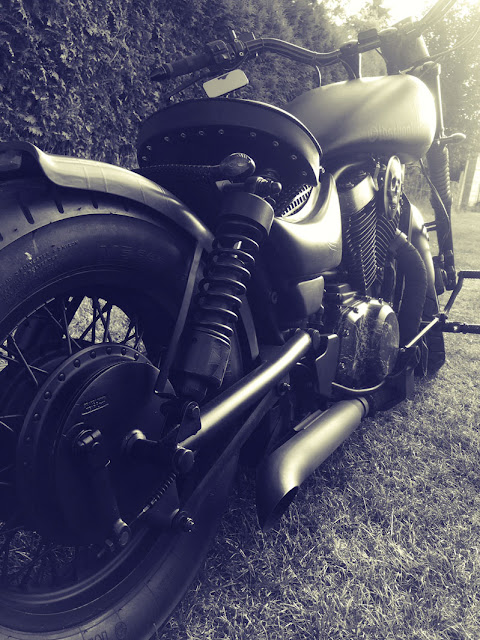 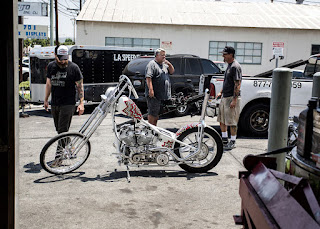 German craftsmanship meets chopper history and seventies lifestyle: Ehinger Kraftrad‘s Born-Free 8 build is a modern interpretation of bygone eras and pays homage to the pioneers of chopper culture.
“In this bike, worlds merge together," Uwe Ehinger describes the concept behind the chopper. With the modern interpretation of bygone eras, the custom builder from Germany pays homage to the pioneers of chopper culture and to the city in which it all started.
"The people of Mexican origin in East L.A. modeled their choppers after the lowrider culture; they used flakes and special design elements for their bikes." Nevertheless, the proverbial German thoroughness can still be seen in the chopper that was build in the typical, puristic Ehinger Kraftrad style. The chopper features a 1947 Knucklehead engine and a high neck frame with reinforced front area that allows the steering head to remain stable despite the window. The round fuel tank is welded onto the frame to create one unit by welding an adapter plate to the frame and connecting it to the actual fuel tank. A second layer above the oil tank integrates and hides the battery and the ignition system.
The 23-inch front wheel was fitted with a plain tread ice speedway tire without spikes. “It’s rock solid”, explains Uwe Ehinger. In the back, a classic dragster tire was fitted on a 19” W&W Mag Wheel – also entirely without thread.
For the paint, Ehinger Kraftrad developed a pattern out of a stylized rose that was taken from the Uwe Ehinger’s family crest from the 13th century and that resembles a traditional Aztec pattern. The recurring motif runs throughout the black, red and gold paintwork on a white primer that was finished with a holographic flake layer. The visual scheme is continued on the tooled leather seat and the engraved engine where the designs were implemented with great accuracy and subsequently painted black.
The exceptional quality of the Ehinger Kraftrad chopper can be seen from every angle. No efforts were spared to make the bike perfectly rideable as well. “When it rains, however, it is impossible to ride the chopper“ says Uwe as he grins and points to the slick racing tires. After all, this tribute to chopper history shouldn’t end up in a ditch. 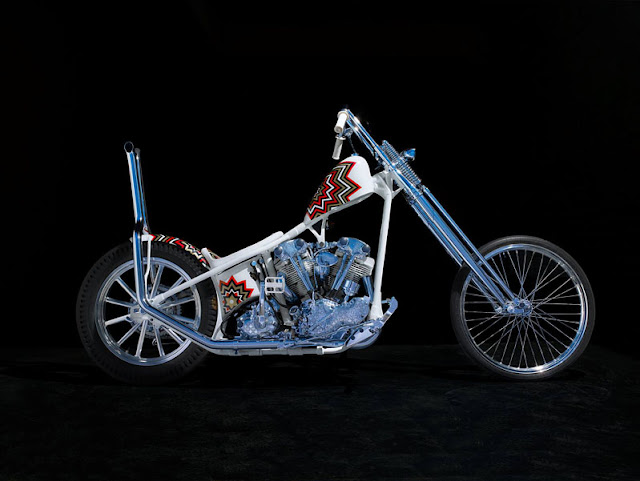 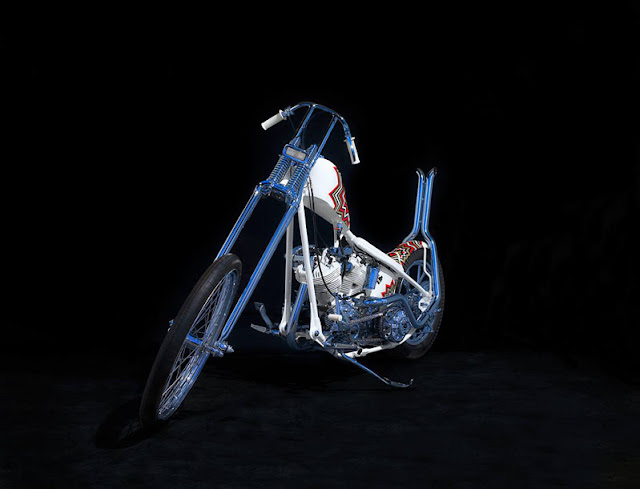 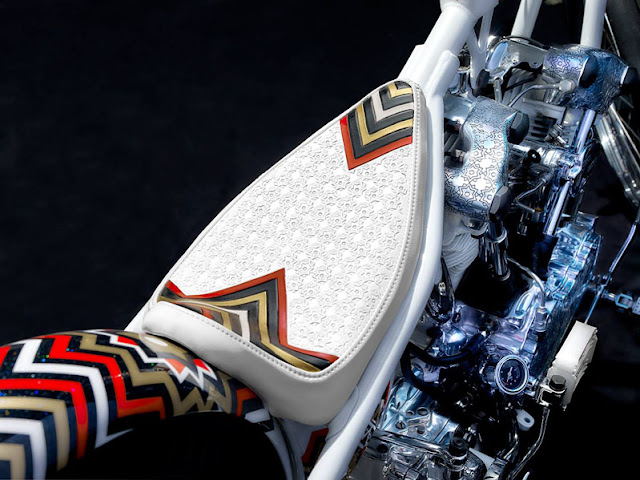 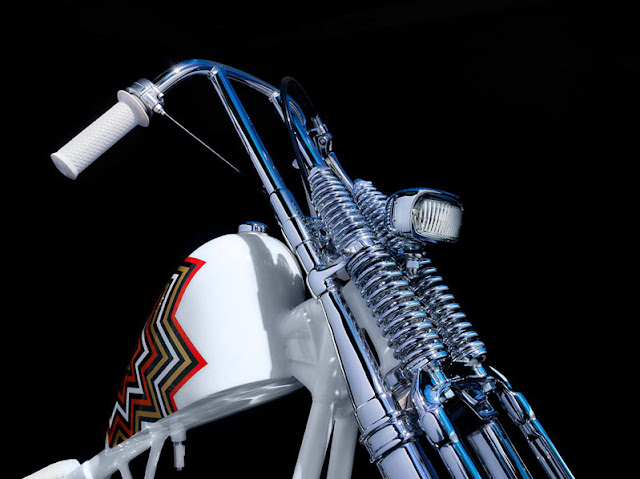 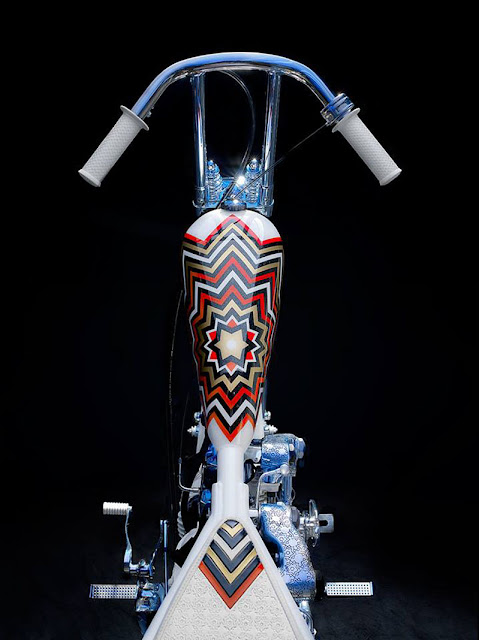 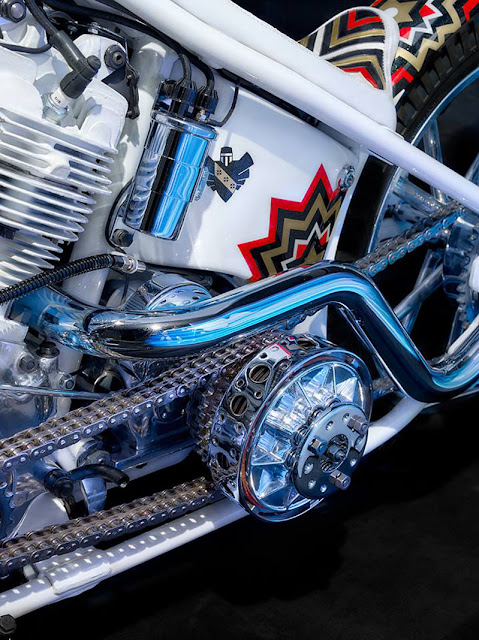 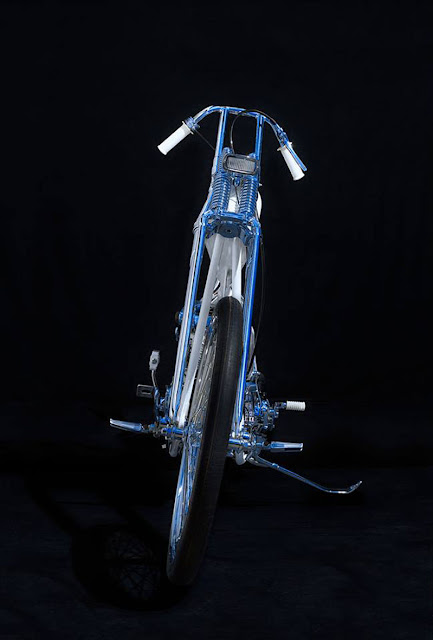 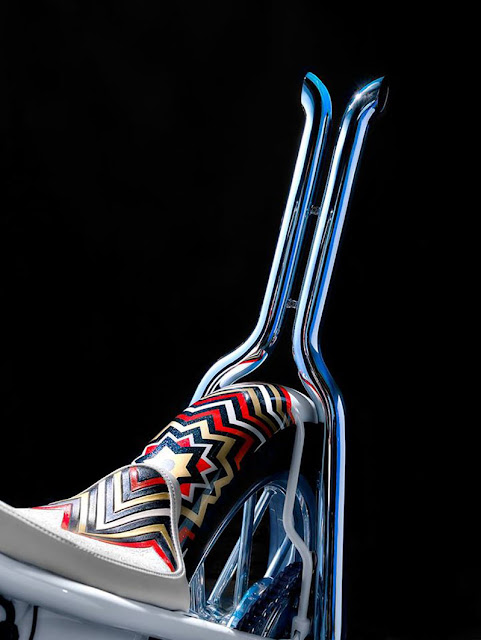 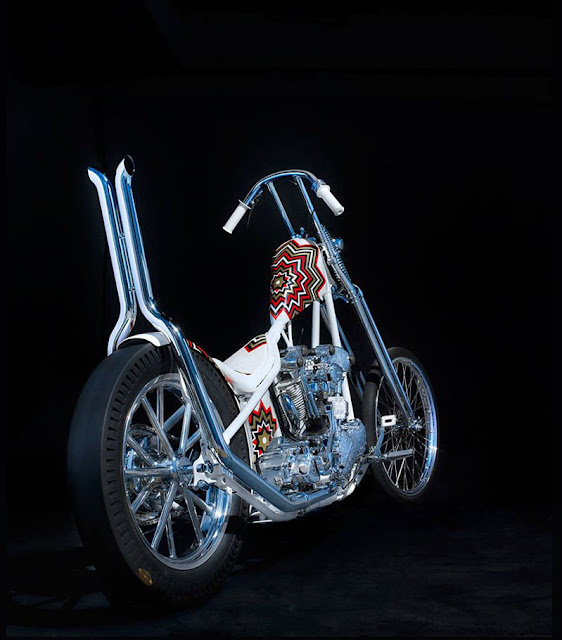 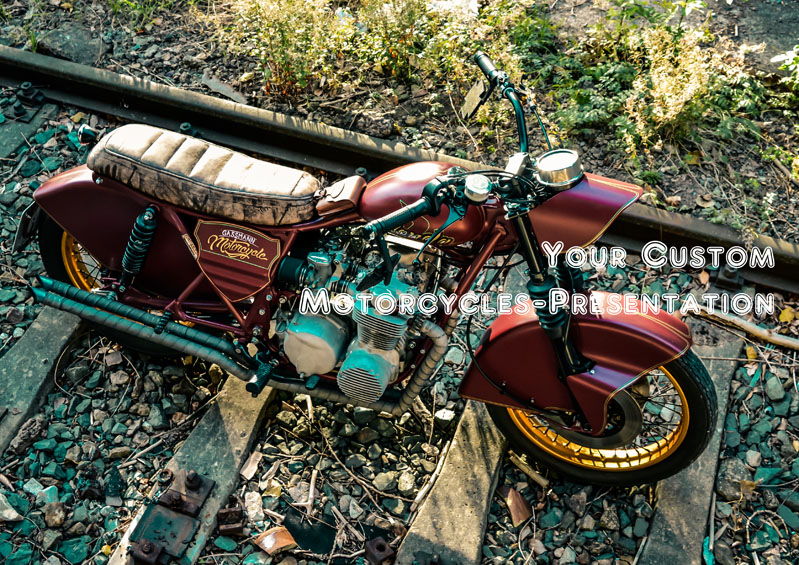 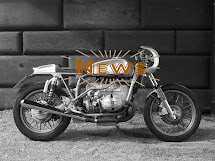